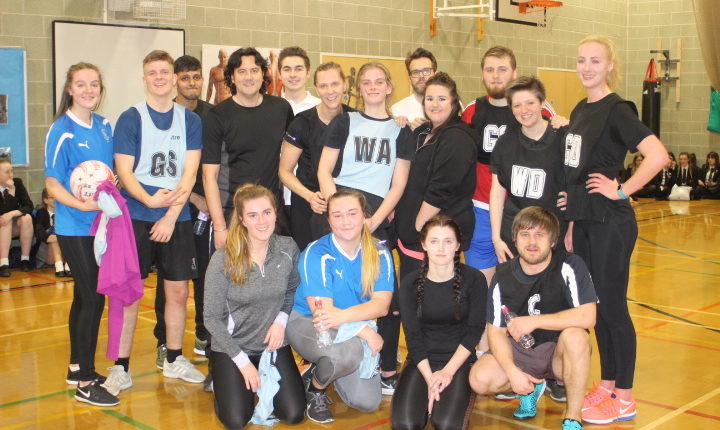 Yesterday, we held a charity event run by the Sixth Form Management team, to raise money for

Sport Relief. At lunch time a netball match was held and the teams were a mixture of staff versus a mixed team of students. On the staff team players included Mr Newell the Head Teacher and members of the PE department.  The student team included members of the Student Management Team and players from the school netball team. Both teams gave a great performance and from the side-lines the game was enjoyed by staff and students showing their support, making for a very exciting game. The players all fought hard and strong in a very competitive match, hoping to bring home the win for their side, however, in the end the staff came out on top with a score of  21 – 5

Teaming up with Oxford University to Improve Students Critical Thinking