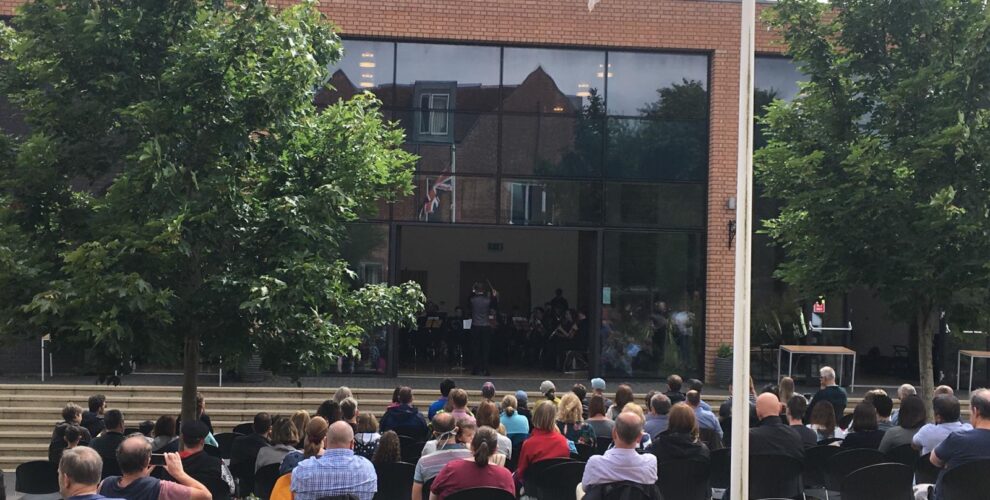 Hannah (Year 12 in 2020/21) and Grace (who is planning to join us in September) joined students from across the UK at the National Youth Concert Band for their summer residential course at the end of July.

Studying under the tuition of conductor Jonathan Parkes and professional flautist Claire Childs, along with other specialists, they had the opportunity to play new repertoire as part of a 50-strong concert band. With the final concert including the concert band arrangement of Paganini Variations by Philip Wilby, Holst’s 1st Suite in Eb, and the world premiere of ‘Now You Can Believe’, written for the band by Anne Chmelewsky, the development of the players over the intensive week was evident.

Hannah also performed in the mid-week solos concert, playing a piece they have been preparing for their conservatoire auditions in the autumn. Both students joined other flautists to play the first movement of Jour d’Été à la Montagne by Bozza in the chamber music concert, alongside other smaller ensembles.

Having enjoyed the online course at Easter, to be able to meet and play in person with other young musicians was a fantastic experience and both Grace and Hannah are hoping to go back to NYCB in 2022.

A Level Success for CHS