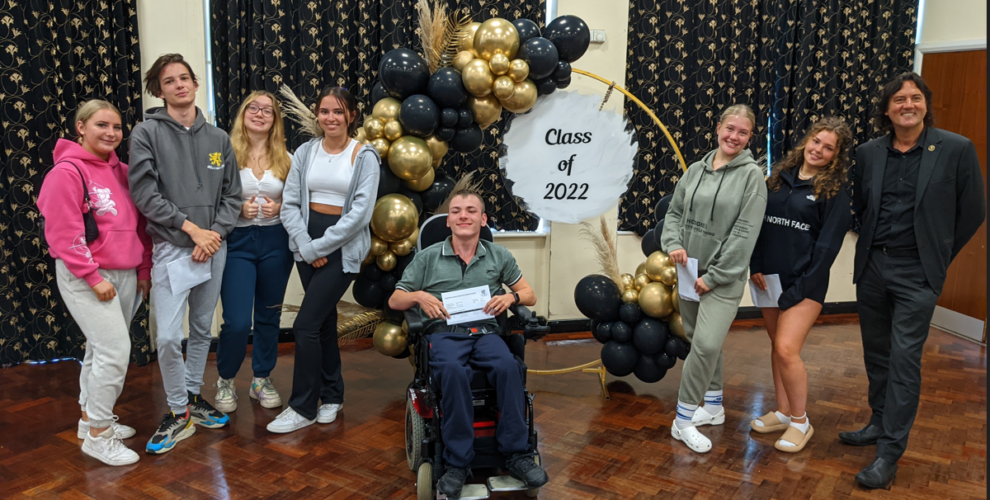 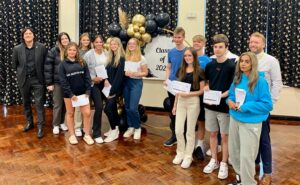 Crompton House Sixth Form students have once again achieved an outstanding set of A Level results, with nearly 80% of students’ grades being A*-C.

With the vast majority of students achieving the grades required to enter their first or second choice of university, with 41% of those going on to university moving on to the top Russell Group universities, including Liana Cheetham who achieved three A* grades and is moving on to study Psychology and Behavioural Sciences at the University of Cambridge and Anita Okunde who achieved A*, A*, A*, A and is continuing her studies in Politics, Philosophy and Economics at the University of Oxford.

Crompton House’s Head Boy and Girl achieved five A*s, two As and 1 B between them, with Head Girl Arianne Makinson moving on to study Biochemistry at Queen’s University, Belfast, and Alex Brierly staying closer to home, reading Physics at the University of Manchester. Both Arianne and Alex achieved A* grades in their Extended Project Qualification, with Arianne studying the effect of misinformation on vaccine hesitancy, and Alex launching a weather balloon to the edge of space to measure the curvature of the Earth.

Other top achievers included Holly Rodgers (A*, A*, A*, A) who will be joining Arianne at Queen’s University, Belfast, studying Pharmacy, Emma Butterworth (A*, A*, A) who is going to study Multimedia Journalism at Plymouth Marjon University, Evelyn Larder (A*, A*, A, B) and Thomas Rigg (A*, A, A, A) are both moving on to Newcastle University, studying Engineering and Mathematics respectively. Three of our top students are moving across the Pennines to the University of Leeds Max Colderley (A, A, A, A) will be studying Economics and Mathematics, Sophie English (A, A, A) is going to study Business and Economics and Ben McDonald has chosen Computer Science and Artificial Intelligence. Lucy Green (A, A, A, B) will be studying Speech and Language Therapy at the University of Sheffield, while Jennifer Hall (A*, A, A) will be reading Geology at the University of Edinburgh.

Continuing CHS’s track record of outstanding musicians progressing to the top Conservatoires in the country, Ash Penny achieved an A* in A Level Music, having yesterday received a Distinction their ABRSM Flute Diploma, and will join the Royal Welsh College of Music and Drama next month.

Rich Smith, Head of Sixth Form, said, “The progress made by our students during the last two years has been outstanding. The results they have collected today reflect hundreds of hours of work, both from the students and their teachers, and the resilience our students have shown with the challenges the last couple of years have presented. The whole School community are incredibly proud of them.” 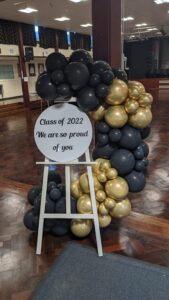 Alongside university admissions, Crompton House has many students who are starting apprenticeships and degree apprenticeships following receipt of their A Level results. Townes Morgan is taking up his position at global accountancy firm KPMG, with Elizabeth Troisi and Owen King-Wilson starting their apprenticeships with the Police.

Karl Newell, Headteacher of Crompton House, made the following comments, “Over the past two years our A Level students have grown in confidence as they have progressed academically, socially and as leaders within the school and they can now look forward to a bright future at university, in apprenticeships and beyond. Their excellent results, with an impressive percentage achieving top grades, confirm our continued aim to improve. The Crompton House “recipe for success” is incredibly hard working and talented students, combined with committed staff and supportive parents.

Students reach for the stars at Crompton House Sixth Form