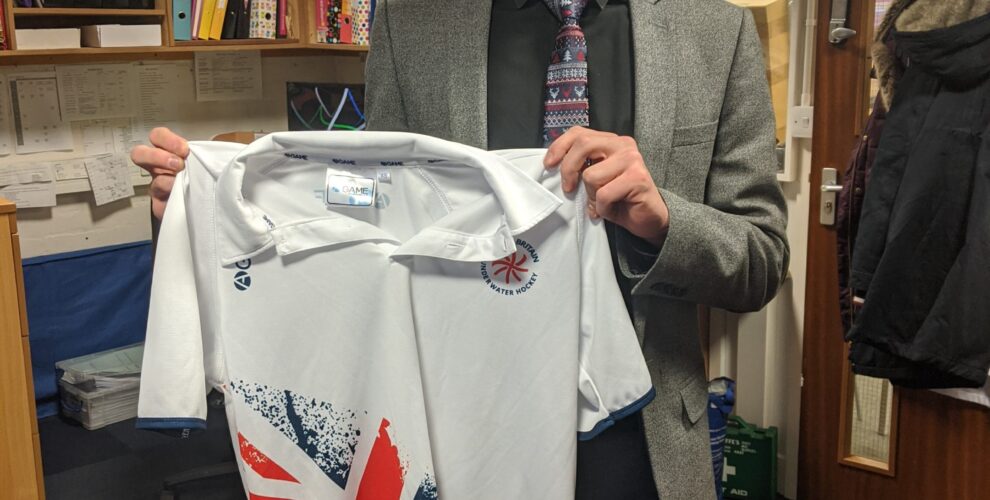 Just before Christmas, Year 13 student Isaac brought in his Team GB colours for hanging in the hall, following his performance in the Underwater Hockey World Age Group Championships in Sheffield in August. 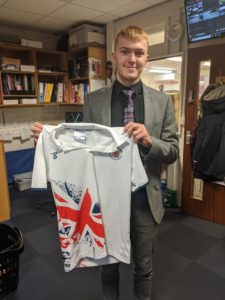 Isaac played for the GB Under 19 men’s team which played against the teams from New Zealand, Columbia, France, South Africa, Argentina, Portugal and Canada. Winning a Silver Medal following a tough match against New Zealand in the final. Isaac scored one of the GB goals, though the final score was 8-2 to a strong New Zealand team.

Underwater hockey, also known as Octopush, requires teams of 6 players to use a small stick to push a puck along the bottom of the pool, aiming at the opposing team’s goal. The players wear a mask, snorkel and fins to help them underwater, but because play takes place underwater, players have to time their dives to effectively work together.

As well as his selection for the GB team, and studying for his A levels, Isaac plays regularly for the Manchester A team, playing at the highest national levels in the sport.