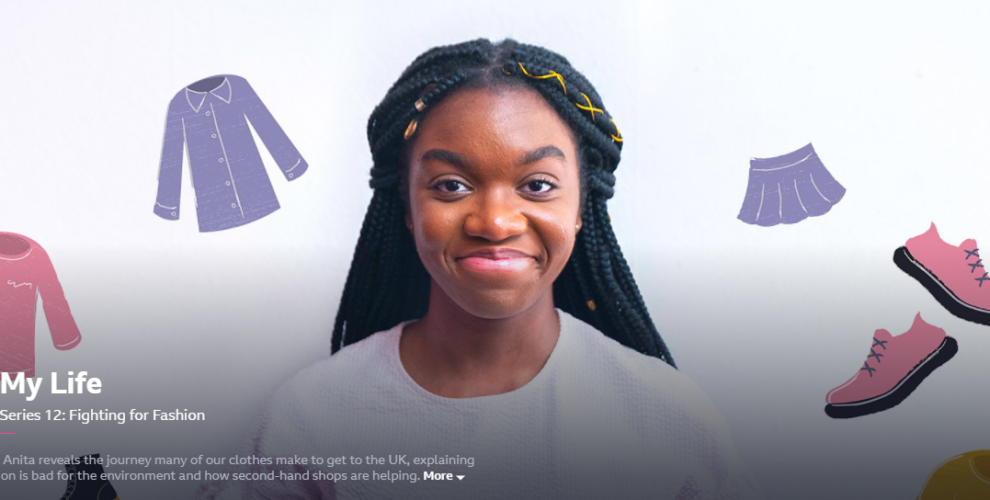 Youth Activist and CHS Year 12 student Antia had the opportunity to work with CBBC last year to produce a piece as part of their ‘My Life’ series.

Anita’s My Life episode is available on demand via the BBC iPlayer.

Aired on the CBBC Channel this morning, Anita’s film follows her journey into finding out more about the fast fashion industry and the impact it has on the world. Speaking to environmentalist Zaqiya, Anita discussed Swop it Up, an initiative allowing young people in schools to set up Swop Shops to exchange clothes, prolonging the life of garments that would often be thrown away. She also spoke to Holly, manager of Oxfam’s online shop, where people can buy second hand clothes that have been donated.

Anita shared behind the scenes photos from her filming experience on the CHS Sixth Form Instagram stories – they’re saved as a Highlight here.

The experience was an amazing opportunity for Anita to discuss a subject she is passionate about. She said: “The experience of filming was really interesting, it was amazing to work with people who had a like minded vision and gave me free reign on what to say.”