A Level Success for CHS 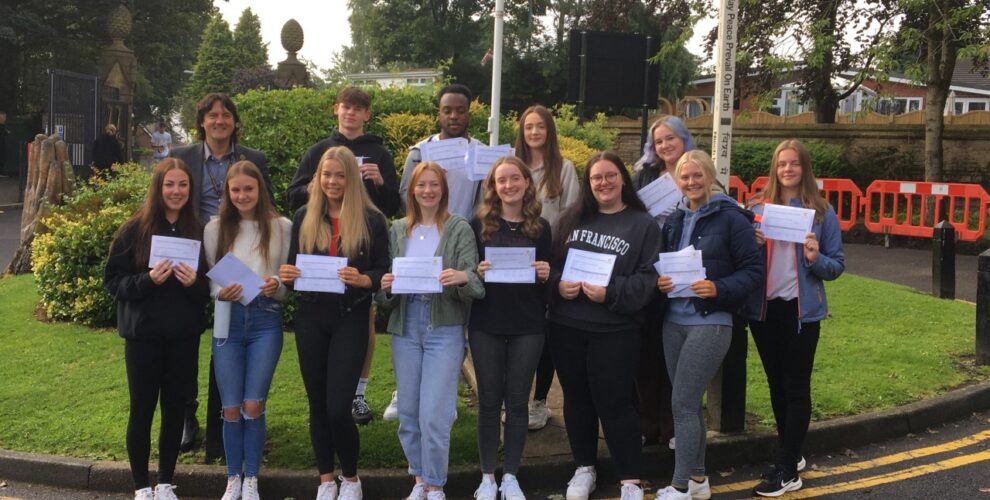 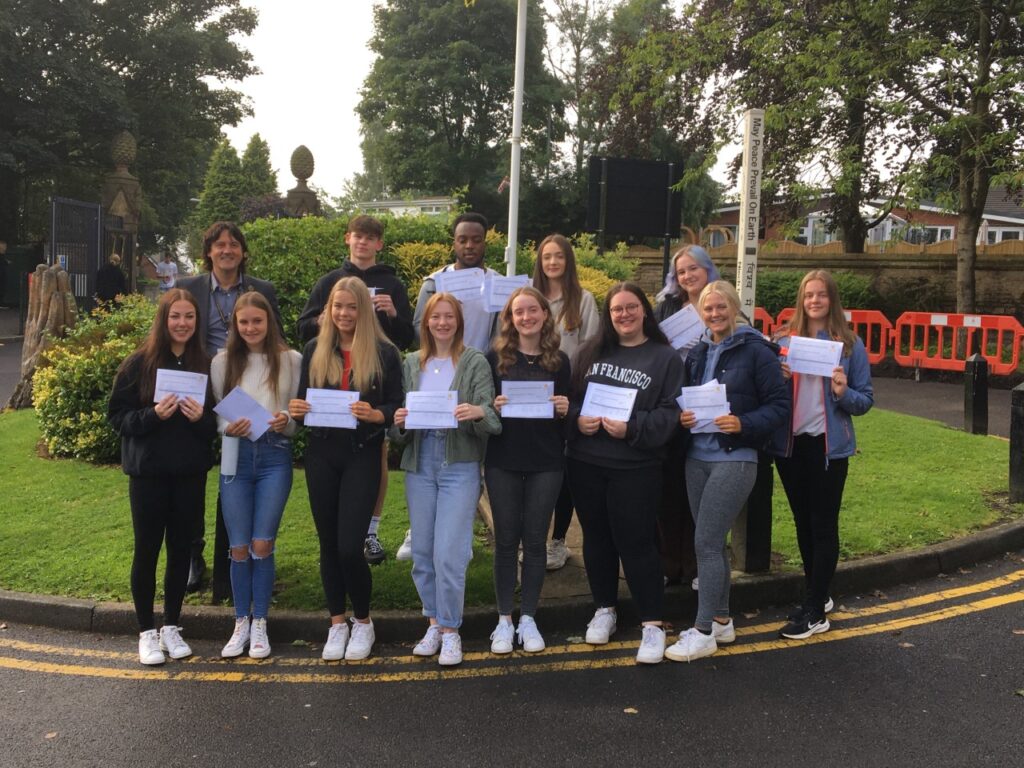 The students of Crompton House School received their A Level results on Tuesday 10th August 2021 and it was another excellent set of grades.

The students achieved an impressive 100% pass rate for all A Levels. 32.1% of all A Level grades achieved were A*-A and 61% of all grades were at A*-B; 67% of the Extended Project cohort achieved an A* or an A grade for their independent projects.

Mr. Karl Newell, Headteacher of Crompton House, made the following comment, “Our Year 13 students may not have sat their final exams but the grades that they have received carry the same value as any other year and will allow them to compete on a level playing field with students from previous and future years. Over the past two years our A-Level students have grown in confidence as they have progressed academically, socially and as leaders within the school and they can now look forward to a bright future at university and beyond. Their excellent results confirm that the class of 2021 have worked incredibly hard over the last two years and deserve considerable praise for their efforts. The outstanding commitment of the Crompton House students, staff and parents has been reflected in the results.”

Mr. Richard Smith, Head of Sixth form said, “We are so proud of all our Year 13 students who, despite all of the lockdowns, self-isolations and remote learning sessions, have stayed positive and worked incredibly hard over the last two years. As a result, they have achieved the results that they deserve and that will help them successfully progress on to the next stage of their lives. With students moving on to top universities, competitive courses, apprenticeships and into employment, we congratulate them all and wish them all the best for the future.”

Three students achieved three or more A* grades; Melissa Critchley achieved her A* grades in Biology, Chemistry and Geography and will read Dental Surgery at the University of Sheffield in September. Melissa also achieved Distinction in her ABRSM Grade 8 Flute exam in the summer term, along with an A* in her Extended Project, in which she studied the effect of dental anxiety on oral health in children.

Kyle Charles’ A* grades in Mathematics, Further Mathematics and Physics were accompanied by an A in Chemistry. Kyle was also the first of this Year 13 cohort to complete his Gold Duke of Edinburgh Award. Kyle is moving on to study Mathematics at Durham.

Cailin Shepherd also received a clean sweep of A*s in Politics, English Literature and Religion, Philosophy & Ethics. Cailin completed the University of Oxford’s OxNET Philosophy and World Religions course in preparation for university and will be taking up his place at the University of Manchester to read Law. Cailin said “It’s been an absolute pleasure studying at Crompton House despite the usual circumstances of the pandemic. This is a stage of my life I will never forgot and I am tremendously grateful for the support and opportunities the whole Sixth Form has given me and everyone else.”

Both Danny Duru and Ryan Chipchase received three A grades, along with A grades in their Extended Projects, and are moving on to read Medicine at Aston and Newcastle respectively.

Declan Finegan, Thomas Guilbert, Liam Heap, Emily Musgrave and Keaton Wright join Cailin Shepherd in moving on from Crompton House to read Law, having achieved an impressive 14 A*, three A and four B grades between them.

With consistently good links between Crompton House and our local universities, we are delighted that so many of our students are moving on to the University of Manchester this year. Alongside Cailin (Law), Drew Mason achieved A*AA and an A* in her EPQ and will be studying Biology. Joshua Stott achieved A*AA and is planning to read Mathematics. Alicia Bennici achieved a Distinction* in her BTEC, along with grades A and B in her A Levels and will be studying Educational Psychology. Joining Alicia in the Psychology Department will be Ryan Jenkins who achieved A*AB.

Crompton House Sixth Form continues its tradition of supporting students in successfully gaining competitive places to study Nursing and Midwifery, with excellent results in Health and Social Care as well as Psychology and Biology. Natasha Royle, who achieved an outstanding two A* grades and an A is going to be studying Midwifery at the University of Manchester. Teigan Wheeler and Emily Shaw will be starting their training at Liverpool John Moores University, Hannah Taylor is going to specialise in Child Nursing at Edge Hill University, while Ella Smith, Hollie Scholes and Sophie Bowker will train at Salford University. Grace Eagleton is focusing on Adult Nursing at Chester University, while Amour Crooks and Rachel Critchley are going further afield to study Midwifery and Adult Nursing respectively at Anglia Ruskin University in Cambridge. Rachel’s outstanding EPQ (A*) examined the impact that the pandemic had on the nursing profession and the impact that existing staffing shortages had on the response to Covid-19. Two of our students have been offered highly competitive nursing apprenticeship places, with Beth Topping starting at Spire Hospital and Molly Boswell moving on to train as a nurse in the Royal Navy.

Although the majority of our students move on to university after Crompton House, increasing numbers are, like Molly and Beth, choosing to apply for Apprenticeship and Degree Apprenticeships, combining study with work for local, national or international companies. Holly Rimmer, who achieved A*AA grades in her A Levels and an A in her Extended Project, has been offered a Laboratory Scientist Apprenticeship with Astra Zeneca focusing on the biology of cancers. Crompton House Head Girl Natalie Oldham will be working for Rochdale Council on a Project Management Apprenticeship focusing on the redevelopment of Rochdale’s Town Hall. Tom Barlow has been offered a place on Sainsbury’s Retail Management Apprenticeship programme. Tom Bailey, Mia Atherley, Luke Dungworth and Mollie Hadfield have all successfully interviewed for financial-based apprenticeship places, with Tom and Luke both moving on to the underwriting team at AXA Financial Management, Mia to Dywidag, a steel infrastructure company, and Mollie to the Accountancy department of Car Finance 24/7.

With our largest ever cohort of students studying the Extended Project Qualification, an impressive 18 students (67%) achieved A or A* grades, with all students being awarded A*-C grades. The EPQ is seen as a highly valuable addition to A Levels as students research their project independently, learning project management, communication and referencing skills that are vital for Higher Education and their future careers. Titles this year have been as varied as ever, with Natasha Farrand achieving her A* for an essay entitled “Should we all go vegan?”, whereas Thomas Davys designed and modelled a garden office space in his A* graded project.